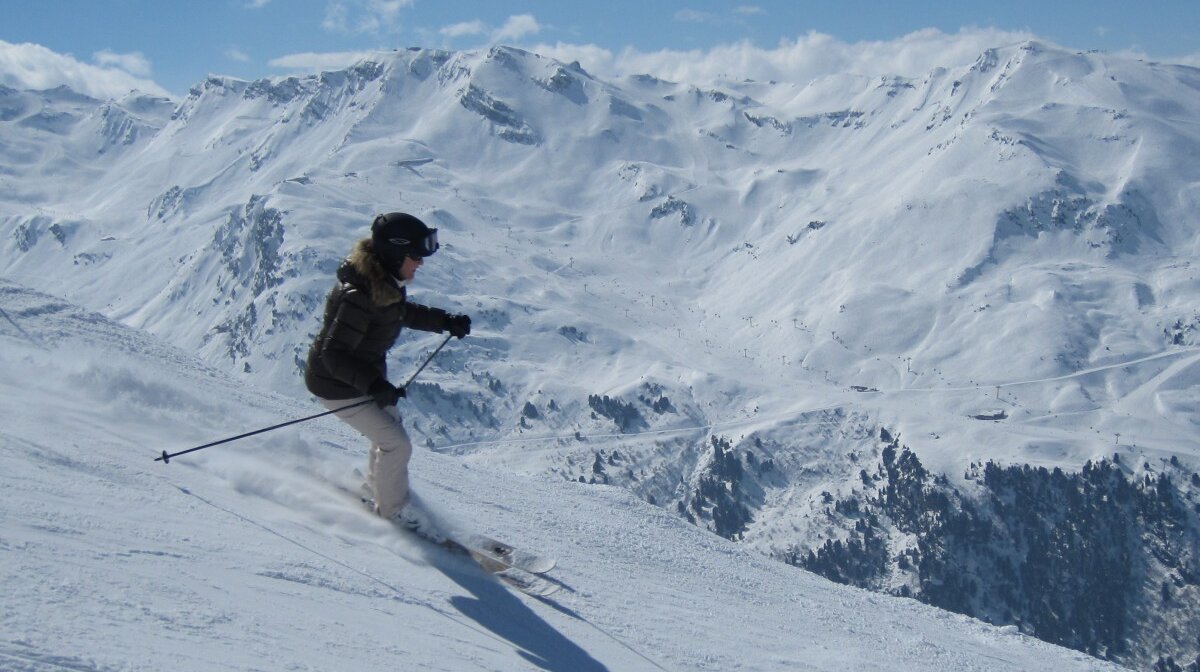 The Three Valleys is one of the largest ski areas in the world. That being the case, there is a whole host of challenging and steep skiing for the advanced skier or snowboarder. In fact in the Méribel valley alone there are 23 reds and seven blacks, and a total of 113 reds and 33 blacks across the domain. Neighbouring Courchevel has some great couloir skiing and Val Thorens with its steep bumpy runs can really get those thighs burning. 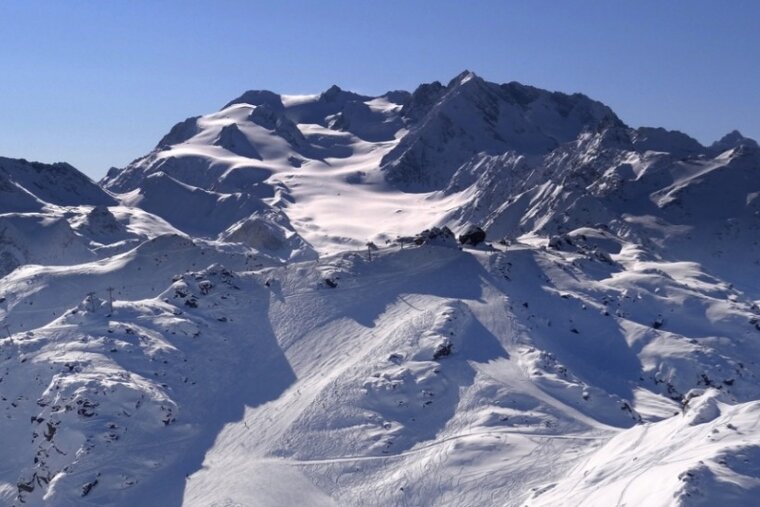 Méribel may not be the most challenging resort of the Three Valleys, but there are several black runs that will still provide for the advanced skier and snowboarder. Most famously you have the Face, created for the 1992 women's Albertville Olympic downhill competition. This run is deliberately left ungroomed after snowfall, so you can enjoy deep, fluffy powder without going off-piste, and it can be found in the best condition mid-morning, when the snow is slightly softer but still firm. To get there take the Roc de Fer chairlift, followed by the Olympic chairlift. You will find 'powder' runs of this sort marked on the piste map with a 'PEUF Experience' logo ('peuf' is French slang for powder).

On the total opposite side of the resort you can take the Loze chairlift and tackle the Tetras run back down. This tends to be challenging as it is often extremely mogul-filled, so be ready to work those legs.

From Méribel-Mottaret jump on the Pas du Lac up and then take the slightly less challenging (but still advanced) Sanglier or Grande Rosiere pistes back to resort. Grande Rosiere is another Peuf Experience piste, so head there after fresh snow.

Bartavelle and red run Lagopède form Méribel's 'Back to the Wild' area, so-called for its wild aspect and natural (un-cultured) snow. High and north-facing, these two runs enjoy excellent snow and have a speedy six-man chairlift. Bartavelle is left to develop pretty sizeable moguls, so if you're not a fan take the easier Lagopède. Whilst up there look out for 'Bumps' - the run next to Martre piste ending at the plateau in the centre of Mottaret. The advanced riders out there can show off their skills to people on the Plattières lift, if you fancy an audience that is. And on your way back to resort from the top of Tougnete area, take Combe Laitelet, a pretty tree-lined red piste that is a local's favourite for avoiding the hurly-burly of Mottaret's Lievre and Perdrix runs.

Looking for a long red run, then try Mauduit, named after Méribel's champion ski racer of the sixties, it was previously used as Méribel's World Cup racing piste. Starting as a wide and open piste near the summit of Saulire, it descends to la Chaudanne, a vertical drop of over 1km, narrowing and steepening as you enter the forest calling for fast carving turns as you attempt to ski top to bottom non-stop. Another one to give you jelly legs is Combe du Vallon, a piste legendary across the 3 Vallees, starting from the highest point in Méribel - the Mont Vallon gondola. The run is over 3km long with steep sections often full of moguls and a lower half offering incredible views over Tuéda lake and Mottaret.

A tucked away run up the same side and accessed from Plattières 3 gondola is the little-used Mouflon piste. However, be warned, the easy start quickly turns challenging as it narrows and steepens, but the views over to la Saulire are excellent.

Finally, the steep couloir under the Saulire Express 2 lift has been turned into a black run and named Couloir Tournier (aka the Vertical Experience, GoPro Couloir and Méribel Couloir). The start of this narrow run is a steep 37 degrees chute, and should only be attempted by experts. There are fixed video cameras here so you can keep a record of your 'exploits'.

So what else is there to do? 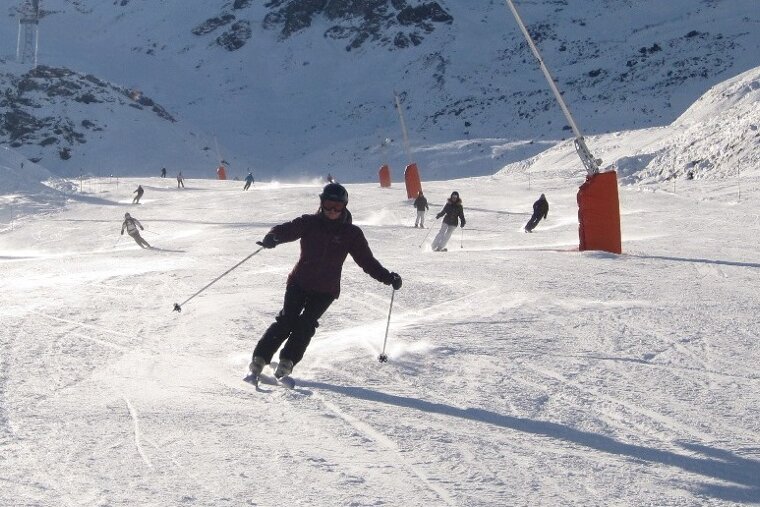 If it's further thrill seeking and thigh burning you require, make the most of a Three Valleys lift pass and head over to Courchevel and Val Thorens.

Courchevel is known for having some of the world's hardest and steepest black runs, delivering some awesome couloirs and mountains in the higher altitude areas of the valley. It is a truly great place for advanced skiers and snowboarders to really challenge themselves.

The couloirs at the top of the Saulire cable car are the ones that people throw themselves into the most, and here you'll find two official pistes that are actually couloirs. The Grand Couloir is notably the easiest of the bunch, the rest are not considered 'pistes' but can still be tackled and enjoyed. The other 'piste' is Couloir Tournier which takes you into Méribel. If you prefer to stick to the pistes, there are also plenty of black runs with steep and tough moguls. A selection of these can be found at the top of the Susses lift, the top of the Vizelle bubble and the top of the Saulire. This area around the Saulire and the Creux Noirs will definitely provide plenty of advanced riding, with the high altitude and steep gradient you can whizz down a number of tough reds and blacks.

If you are staying down in Courchevel Le Praz and you want a challenging run to finish your day, or you just fancy an advanced piste through the trees, then head down the Jean Blanc from the top of the Plantray or Bouc Blanc. This black piste runs through the valley trees, making it the perfect challenge for a bad weather day and offers wonderful views when the sun shines. You can also challenge yourself on the black pistes that sit above La Tania, the Dou des Lanches is definitely one to try.

Over in neighbouring Val Thorens you'll easily find a wide variety of steep runs for those that like a bit of a challenge. With access to three different glaciers and four different summits, skiers and boarders are spoilt for choice. Runs from the top of the Cime Caron lift, particularly Combe de Caron, have always been a favourite and since the lift was replaced in 07/08, the queues at peak periods are a thing of the past. From the top of this lift, you can also access the famous Combe de Rosael which is often filled with huge moguls that will test your skills.

Being the furthest point, the slopes around the Bouchet lift in the fourth valley of Orelle are the best place to get fresh powder. The runs up here are wide and often quiet, allowing you to pick up as much speed as you can handle. The Point de La Masse has four tricky blacks; Masse, Lac Noir, Dame Blanche and Rocher Noir. It is the perfect spot first thing in the morning as it avoids the Three Valleys traffic and gets the best of the pre-lunch sunshine.

Another good place, although slightly busier as the gondola leaves from the centre of resort, are the runs at the top of the Funitel Peclet. Christine is the steepest and longest of these runs and gives you the chance to follow up with the Col red run at the top of the Glacier de Thorens accessed via the Moraine lift.

Take a look at this year's Ski Pass Prices or, if you're not sure which pass to buy, read Ski Pass Options for more information. Find your way around with Piste Maps for Meribel. 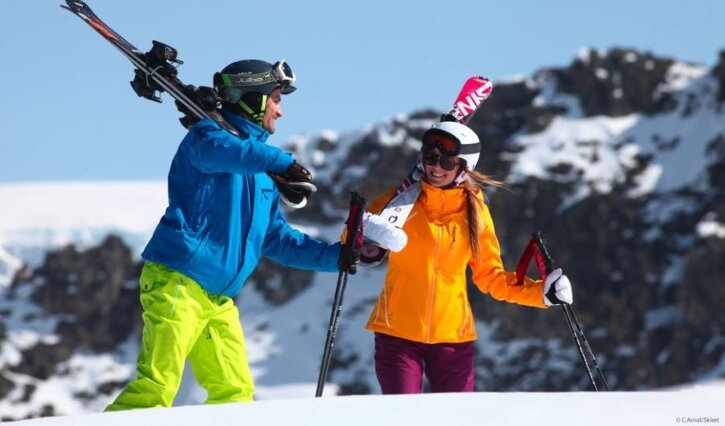 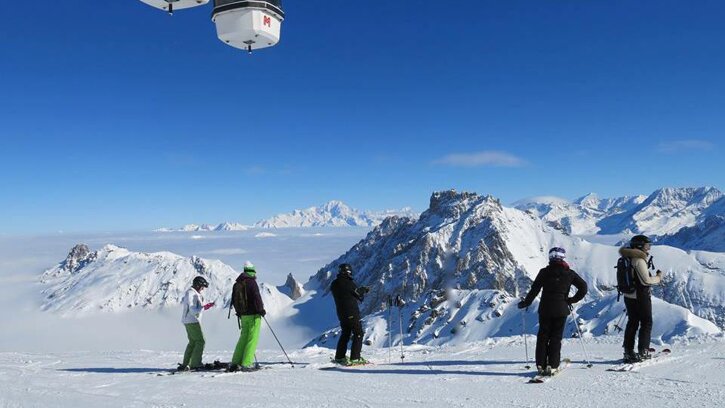 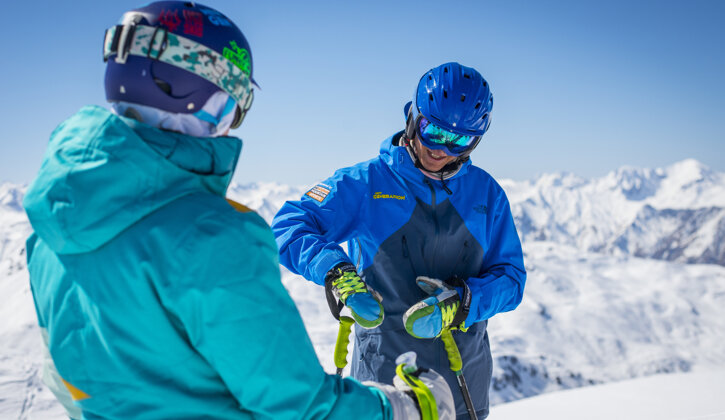