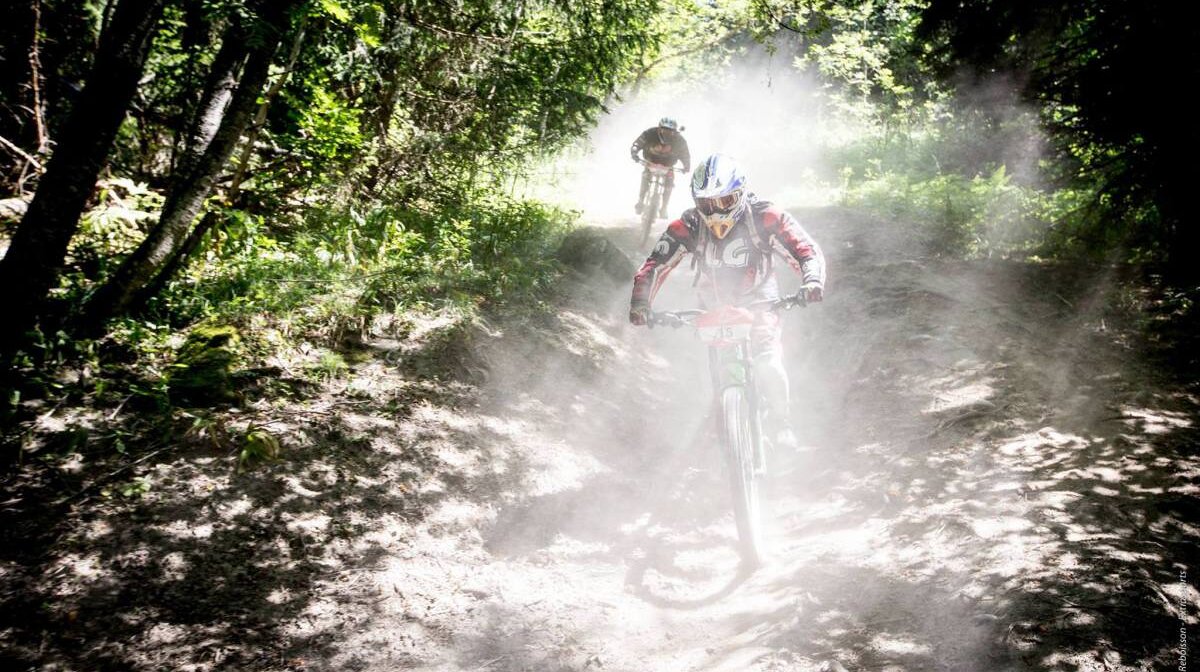 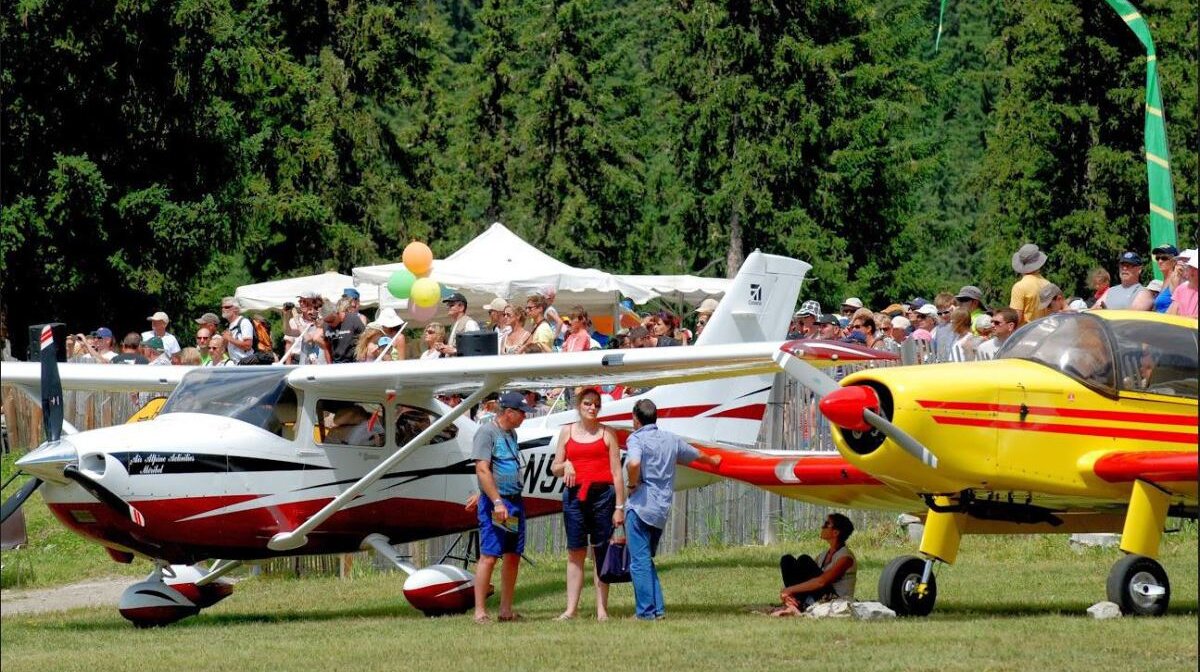 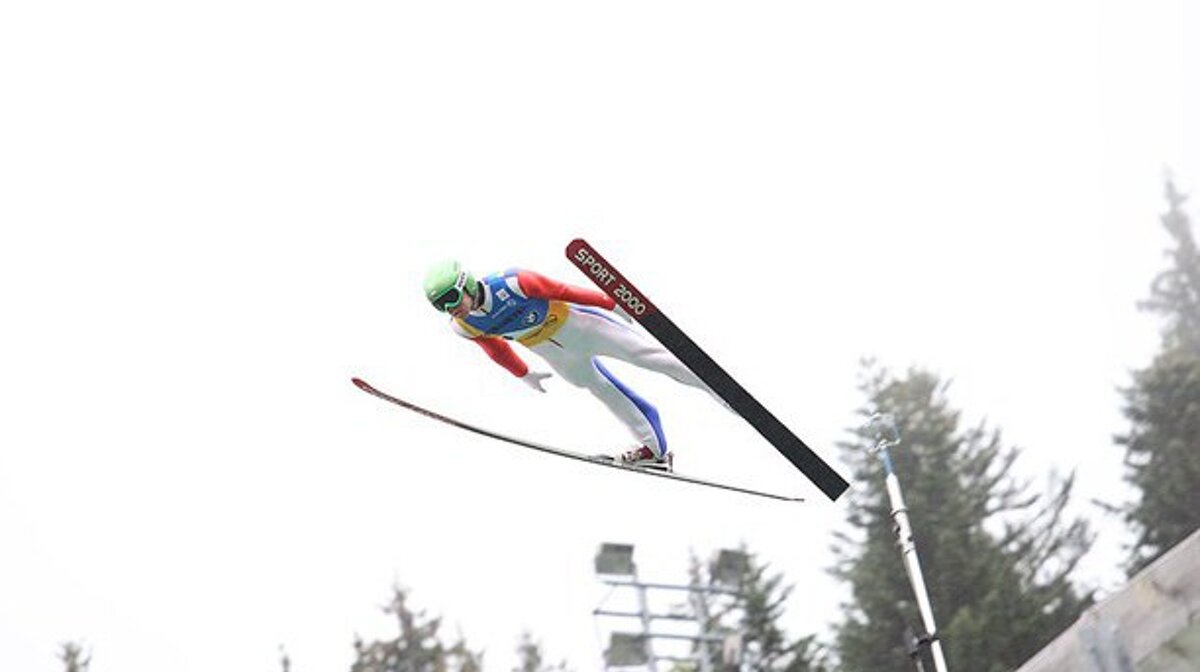 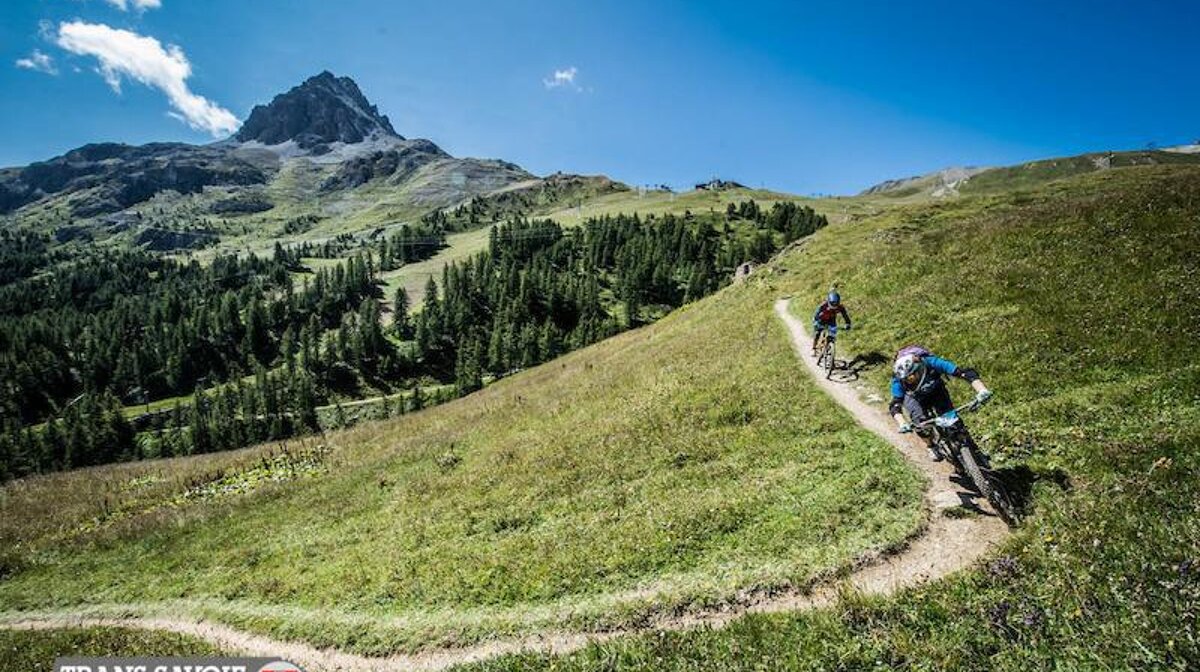 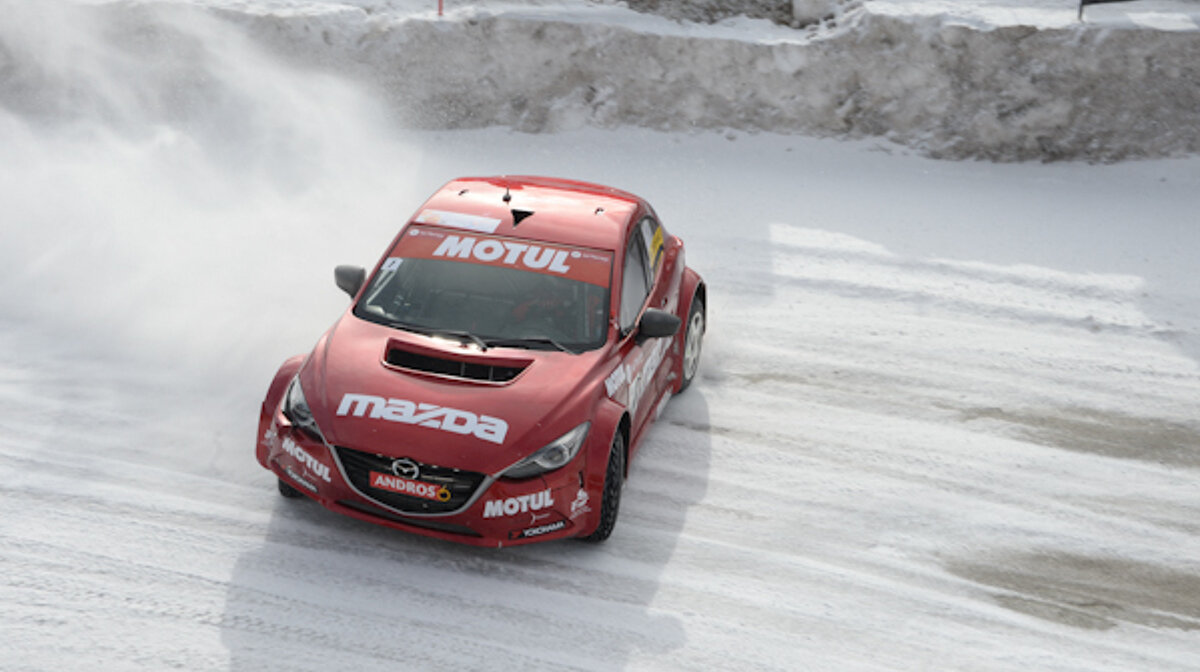 Discover the main Meribel events in the year

From quirky local events to large scale sporting spectacles there is always something worth visiting in Meribel and the Three Valleys. In this section we bring you information about the major annual Meribel events in resort, you can also check out our Events Calendar for the latest updates.

Festival Ski et Toiles
An exceptional event held in neighbouring Courchevel where the general public and professionals enjoy the screenings together in the same cinema. As in previous years, the aim of this festival, where there is no competition or jury, is to give the public the chance to discover 5 new films for free, at exclusive previews attended by actors and directors who come as patrons of the festival. Dates & details. 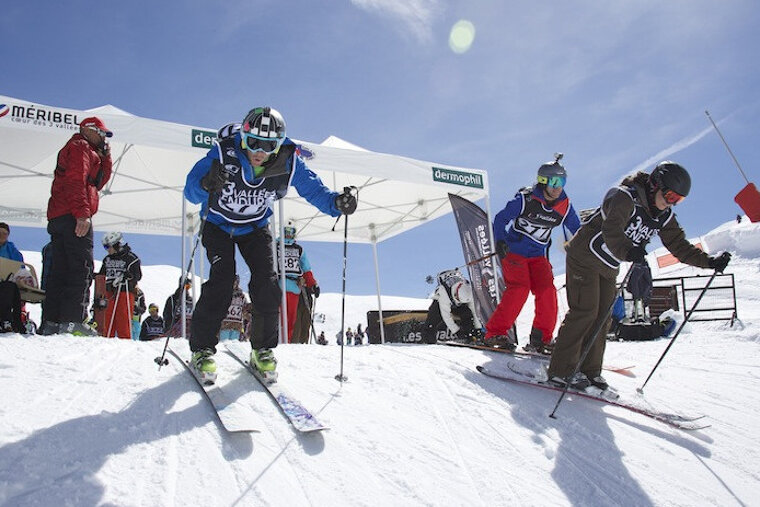 Les 3 Vallees Enduro
An unforgettable day of ski, snowboard or telemark in the 3 Vallees, with different races in each resort : Big Air Bag, Freeride, Giant slalom, Moguls, Skicross, Triplette des Belleville, Boardercross, Family Schuss, Adri'Naline, Speed Skiing. Join up in teams of 3 to take part in a host of games and enjoy a giant Savoyard buffet lunch. Much more than just a competition, the 3 Vallees Enduro is a fun day out. All races are open to all categories, from beginner to expert, from children to oldies - with prizes for everyone! Dates & details.

Fete de la Musique
The Fête de la Musique is the celebration that takes place every summer solstice on 21st June in cities, towns and villages across France. More than a music festival, the Meribel Fête de la Musique is a free event that spills out from the bars and restaurants onto the streets and encompasses every type of music imaginable, from local amateur teen bands to professional classical musicians, from club DJ’s to traditional folk bands. Dates & details.

Bastille Day
Celebrated across the whole of France with a bang...well, several in fact, fireworks always feature heavily. And the residents of Meribel celebrate this national holiday with as much enthusiasm as the rest of the country. Various activities are held across the city on the 14th, in memory of the storming of the Bastille on the same date in 1789. Traditionally the fireworks display normally starts off between 10-11pm. Dates & details.

Tour de France
The Alps have played a large part in the race over the years with the gruelling mountain climbs providing some of the most exciting spectacles of the event. The route changes slightly each year, taking in different towns, villages and cols along the way. Even if the race doesn't pass near to where you are this summer you can guarantee that it will still be avidly watched in bars and cafés around the country with everyone joining in to cheer on the famous yellow jersey!

Les Trois Vallees VTT
The Three Valleys Mountain Bike competition takes place in Méribel at the start of the official summer season and is open to all. Running over the weekend, there are two main events; a ‘Free Bike’ competition, a timed descent from the top of the Saulire (2700m) to Brides-les-Bains (600m), and a 70kms 'Rando Tour' event completing circuits around the Three Valleys at various levels of difficulty thanks to the use of the ski lifts. Dates & details. 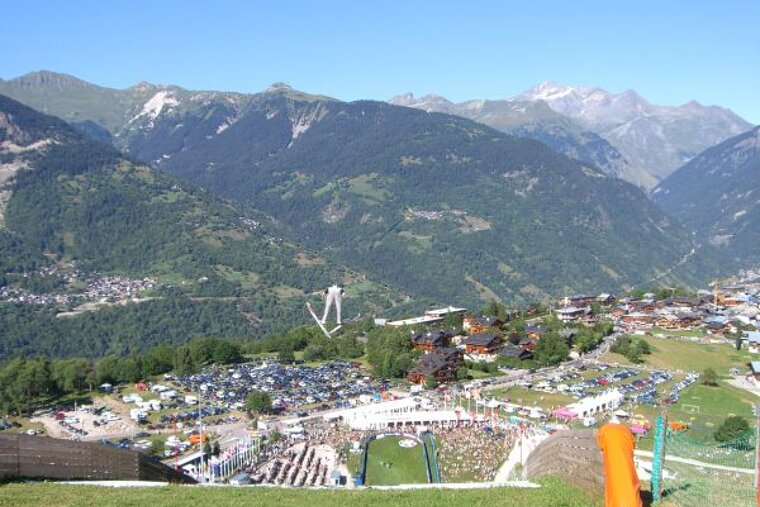 Meribel Air Show
The Méribel Flying Club promises two days of daredevil aerial stunts from pilots that have featured in the Red Bull Air Race. In 2014 they celebrated the 50th Anniversary of the Aero Club of Meribel. Dates & details.

Courchevel Air Show
The Fête de l'Air is a tremendous festival, bringing together all aspects of the aeronautics world around a shared passion for flying. These two days introduce the public to the activities of a flying club, the aeronautics trades, piloting planes, the mountains seen from the sky, and more unique sensations. The impressive line-up often includes fighter jets, acrobatic flying teams, vintage aircraft, army helicopters and parachute commandoes. Dates & details.

Courchevel Ski Jumping World Cup
One of the annual sporting fixtures in the Courchevel summer calendar is, bizarrely, ski jumping. No need for snowy slopes in August though, as the event is held on the Olympic ski jump in Le Praz. Over 15 nationalities are represented in the 2 day competition, with the event being televised live on European sports channels. It is a gathering of the best ski jumpers in the world and an amazing spectacle is guaranteed! Dates & details.

Val Thorens - Andros Trophy Ice-Racing
France's most prestigious ice-racing series stages one race each season at the French ski resort of Val Thorens. The Andros Trophy has been running since 1990 and attracts the world’s best drivers and car manufacturers. A glamorous and spectacular event, it consists of further races in mountain resorts namely: Alpe d'Huez, Andorra, Isola 2000, Lans en Vercors, Serre Chevalier with a grand finale pitting the leaders against each other in the Stade de France, Paris. Dates & details.

Christmas
The festive season in the snowy Alps is always magical and every year there is some sort of celebration in resort to mark the occasion. Christmas in Meribel officially starts at the beginning of December when the Christmas lights are switched on.  The night is marked with vin chaud, hot chocolate and music.  From then on you can enjoy Christmas concerts, festive markets and live music throughout town as the resort gears up for Christmas and New Year. Dates & details.

New Years Eve
Come midnight the hoards of merry revellers head the centre of town for the big countdown – not an official event as such, more of a long-held tradition.  On the stroke of midnight you are advised to duck as champagne corks and fireworks are unleashed in celebration! Likewise, planning ahead is advised if you have your heart set on ringing in the New Year in a particular bar or club – some of them are ticket-only, so enquire in advance to avoid disappointment! Dates & details. 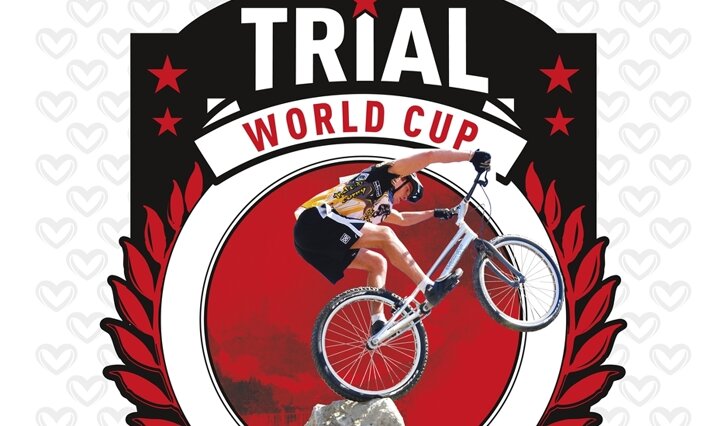 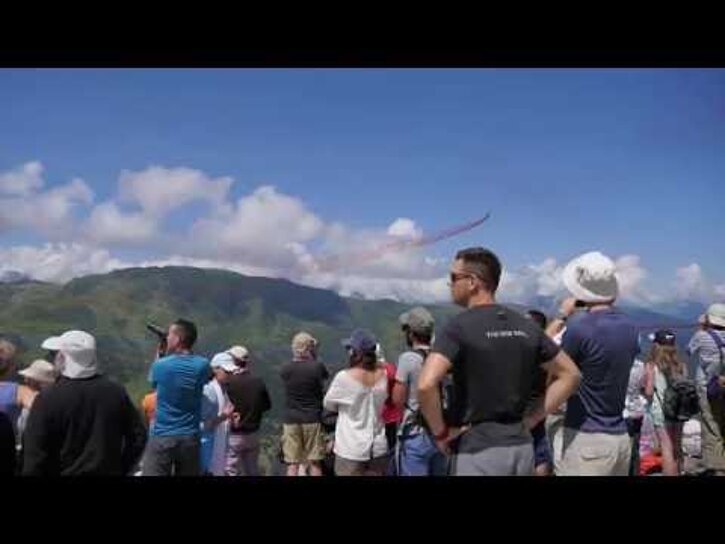 The Meribel Air Show takes place this week and the pilots have been putting on an incredible show for all those who came...

Where to celebrate NYE in Meribel?

Méribel knows how to part,y and the night of the 31st of December is the biggest, brashest bash of the year....